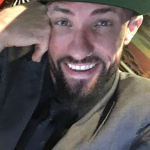 ANNISOKAY – BONFIRE OF THE MILLENNIALS

Peep some of this unique content shot on location on South Broadway in Denver, CO.. If you like this, you will truly enjoy the full multi-integrated entertainment experience & benefits that come with supporting our humble little company. We have big ideas and we're grateful for your continued support. Please make sure to share, like, follow, subscribe... and also check out WORLDVIRAL.tv

Dick move (or, just fast forward to the good part).
Wretched. I tried to think of the most appropriate adjective to describe Wonder Woman 1984 and…wretched. And I was looking forward to this film. Yes, I know – this is a DCEU movie we are talking about; I should know better. Of the eight prior movies, four of them are completely unwatchable and the other four combined are worth one and a half decent movies. I just figured since Birds of Prey was at least an entertaining movie and Wonder Woman’s second act was solid, that Wonder Woman 1984 would be entertaining and kind of solid. Nope. Wretched.

(SPOILER ALERT – You can thank me later.)

Full Version on our homepage (link in bio) and on our new record “Methods For Withdrawal” (available 8.8.20) ••• “Hail Damage” was recorded in a Whole Foods parking lot.

Hold on to your tickets (if possible) - Thank you for your Patience & your business!

Get your tickets NOW!